Several trucking firms have reportedly reached breaking point with Transnet over the delays outside the container terminal gates. They said that on several occasions in the past week Bayhead and Langeberg Roads were gridlocked as hundreds of lorries arrived to load or deliver containers.

The director of one company said that he and his colleagues had been unable to get any satisfactory explanation from Transnet Port Terminals as to why vehicle turnaround was so slow. He said that, according to drivers’ reports, it was a productivity issue within the terminal, although earlier Transnet had claimed that strong winds had slowed down operations at Pier 1 terminal.

The owner of another company said that trucking companies were planning a ‘last resort’ in which they intended using their trucks to blockade the port entrances, to force Transnet into some form of response. He said that they were not anxious to take such drastic action but were being forced into it by the refusal of Transnet to respond to their plight.

Several companies pointed out that local hauliers have to make between four and five round trips a day to show any profit, but are now lucky if they manage two. As many of the drivers are owner/drivers this can mean the difference between staying in business or defaulting on loans. Long-distance truck drivers are often paid on a fixed rate per trip, usually in the order of R300–R400, and if they are forced to queue for hours this becomes unproductive time.

Meanwhile the Durban Harbour Carriers Association is reported to have sent a letter direct to Transnet CEO Maria Ramos complaining of having no confidence in the port’s management. The letter said that complaints to management had fallen on deaf ears and that the delays were costing the industry and the economy millions of rand per day. 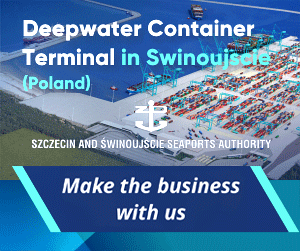