where we lift the lid on all things container 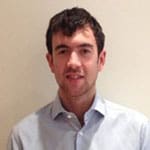 Joe is a fresh face in the industry, having joined CM six months ago. Although he writes on all subjects, he has a particular interest in environmental regulation of shipping and in the growing African container terminal market.

Shipping lines – ‘We’re happy to pay for low-sulphur emissions, just make sure we all pay’ 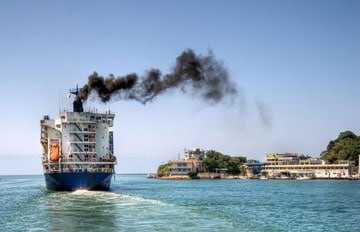 The shipping industry wants ECAs to be enforced

New regulations which will restrict ships’ sulphur emissions to 0.1% in Northern Europe and North America are only a few weeks away.

These regulations will lead to a 50% increase in fuel costs which Maersk estimate will cost them between US$200m and US$250m a year.

Given this, you would expect shipping companies to be resolutely against such a change but that’s not what their spokespeople are telling us.

Spokespeople for two major shipping lines both told CM that they supported the regulations as they were good for the environment and good for health, as long as they were enforced.

Both said they just wanted a level playing field and, though they were quick to deny that any of their competitors would do such a thing, said that companies could save a lot of money by not following the rules.

Rule-breaking is a threat in a divided Europe

One told CM that this was much more of a danger in Europe than in the USA because, in the USA, there are more checks, harsher fines and a greater likelihood of prosecution and even prison sentences.

CM understands that this view was echoed at the Future of Marine Fuels conference which took place in California recently, where delegates compared European enforcement unfavourably with that of America.

All the EU can do is issue a “directive”, which its member states are obliged to integrate into their national law but conducting inspections of vessels and issuing fines remains the job of the 13 member states (plus non-EU Norway and Russia) involved. American-style jail time for those breaking the law seems to be off the table in Europe.

It is inevitable that some member states will enforce the rules more zealously than others and this will worry some in those obedient member states as much as shipping companies.

From tough Brits to lenient Germans, fines will vary greatly

A source at a Finnish port told CM: “The Finns are like the boy scouts of the EU, they always follow all the rules very strictly.”

He continued: “Of course, they will also control and sanction this sulphur directive very carefully, I don’t believe that all the other countries that are involved in it will control it so strictly, especially when it comes to sanctions.”

Germany, for example, was singled out by Fabien Becquelin of the European Shippers Council as a state that whose penalties will be low, with a maximum fine of €5,000 (US$7,000). Estonia and Lithuania’s maximum fines are even lower.

On the other hand, the United Kingdom’s maximum fine will be €50,000 (US$83,000) and Poland’s will be €45,000 (US$62,000) with several countries such as France yet to announce their maximum fines, although Becquelin says that France will be “very hard with the cheaters.”

Sweden and Finland will determine their fines when the first case goes to court.

Fines are useless without inspections

A seperate issue is how often vessels will be inspected. An industry source told CM that, the Netherlands has had by far the most checks and Denmark is improving its frequency.

There are some signs that enforcement agencies in Europe are starting to talk to each other and get ready for January but, with seven years to prepare, many would consider this too little, too late.

The industry is prepared to pay for these regulations, it just wants to pay them evenly. Let’s hope that Northern Europe’s governments oblige.

Joe is a fresh face in the industry, having joined CM in July 2014. Although he writes on all subjects, he has a particular interest in environmental regulation of shipping and in the growing African container terminal market.
More from Joe Lo