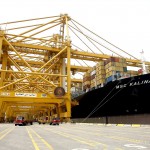 Terminal operator DP World has announced a 22.3% increase in pre-tax profit in the first half of the year compared to the same period in 2014. Five months after the acquisition of logistics infrastructure firm Economic Zone World, the Dubai-based company announced in its interim results that its profit before tax went up from US$432m in the first half of ... END_OF_DOCUMENT_TOKEN_TO_BE_REPLACED 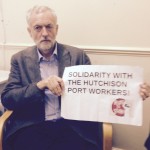 Hutchison Ports Australia (HPA) has claimed that “severe financial pressures” forced it to make “hard decisions”, which included the redundancies of 97 port workers, who were initially informed by text message. Ahead of a Federal Court hearing on 1 September, the terminal operator has faced stinging criticism from workers and the Maritime Union of Australia (MUA) for its handling of ... END_OF_DOCUMENT_TOKEN_TO_BE_REPLACED

Crowley Maritime Corporation has selected the US software development company Tideworks Technology to implement terminal operating system (TOS) solutions at its container terminal network. The company’s first facility to deploy the new TOS solutions will be its Port Everglades, Florida Terminal, where they are scheduled to go live in early 2016. The project, which includes a multi-site software hosting agreement ... END_OF_DOCUMENT_TOKEN_TO_BE_REPLACED 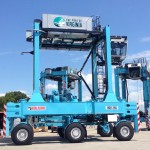 Finnish manufacturer Kalmar has delivered three hybrid shuttle carriers ordered by the port of Virginia in late 2014 to Virginia International Gateway terminal (VIG) in Portsmouth. The company, part of Cargotec, developed a hybrid technology for cargo handling equipment that is expected to significantly reduce diesel fuel consumption and emissions, as well as engine noise levels. The shuttle carriers are ... END_OF_DOCUMENT_TOKEN_TO_BE_REPLACED

The Port of Shanghai announced on Monday (24 August) the introduction of a fleet of plug-in hybrid electric vehicle (PHEV) trucks which it purchased from US company Efficient Drivetrains Inc (EDI) in collaboration with truck manufacturer Shaanxi Automotive. The trucks, which are specifically designed for port conditions, are expected to provide significant fuel saving and emissions reduction without affecting power ... END_OF_DOCUMENT_TOKEN_TO_BE_REPLACED 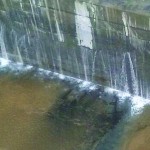 Huge leaks have formed in the sill of the new Cocoli locks on the Panama Canal’s Pacific side. Photographic evidence shows water filtering through the concrete across the width of the chamber near the top of the sill, just below one of the giant rolling gates that forms the barrier between lock chambers. According to local sources, construction contractor Grupo ... END_OF_DOCUMENT_TOKEN_TO_BE_REPLACED

The new CEO of the Port of Newcastle in Australia has said that the port is open to proposals to build a container terminal at the port. The port is mainly a coal port but CEO Geoff Crowe was quoted by the Australian Broadcasting Corporation as saying: “At the moment if we had somebody knocking on our door to build ... END_OF_DOCUMENT_TOKEN_TO_BE_REPLACED 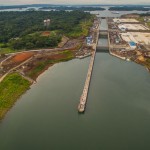 The Panama Canal Authority (ACP) has updated its customer advisory, removing some draught restrictions in September, which were initially set due to an anticipated drought caused by weather phenomenon El Niño. The advisory sets the maximum draft at 11.89 m (39.0 ft) Tropical Fresh Water (TFW), effective 8 September, affecting 18.5% of vessels which normally transit the canal. The maximum authorised ... END_OF_DOCUMENT_TOKEN_TO_BE_REPLACED

Ports of Auckland is opening an intermodal freight hub nearby the Port of Tauranga in a bid to attract exporters and gain improved access to overseas markets. Tony Gibson, CEO of Ports of Auckland, said that the new inland port would provide Bay of Plenty exporters with an “easy-to-access choice of ports” to use, stating “competition is a good thing”. ... END_OF_DOCUMENT_TOKEN_TO_BE_REPLACED