French shipping company CMA CGM has revealed that the Turkish conglomerate Yildirim Group wants to sell its 24% stake in the carrier.

The Saade family, which runs CMA CGM and currently owns the remaining stake, will reportedly buy back Yildirim’s shares which were acquired in two stages for US$600m.

Yildirim made a US$500m investment in the ocean carrier in 2011 as part of the French business’s US$5bn debt restructuring programme for an initial 20% stake, which was later topped up with another investment of US$100m that increased the stake to 24%.

The French carrier, which is the world’s third largest shipping company, said: “The Yildirim group has informed the CMA CGM shareholders of the wish to divest the bonds redeemable in shares it holds in the company. Both CMA CGM and Yildirim are working in this respect.”

The group’s first stage of investment in convertible bonds, which represented Yildirim Holding’s first private equity investment, provided the company with three seats on the shipping giant’s board of directors.

In October last year, Robert Yuksel Yildirim, the industrial conglomerate’s CEO and president, told the Danish publication ShippingWatch that there were plans to divest its stake in the French container carrier in 2015.

“We want to be in the driver’s seat, and right now we’re in the passenger seat,” he said last year, “so we’re going to concentrate on other areas and we have five core businesses in which we want to grow.” 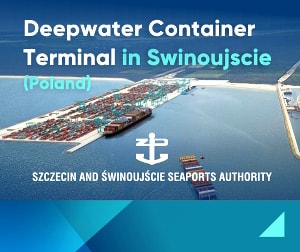