As part of the test, the windshield, which was co-developed by the carrier, was installed on the bow of the containership MOL Marvel sailing at 17 knots per hour.

According to MOL, the emissions reduction of approximately 2% was confirmed by sailing an identical vessel without the device installed at the same speed.

The test objectives included accumulating “Big Data on operational status during service on Asia-North America East Coast routes,” and establishing “a method to eliminate the data on the effects of ocean waves, and extract only the change in performance due to reduced wind resistance”.

The new system is part of the carrier’s ‘ISHIN NEXT – MOL SMART SHIP PROJECT’ to develop and introduce new technologies aimed at reducing the environmental impact and ensure safe operation of vessels.

“MOL continues efforts to confirm the windshield’s seaworthiness and sailing data analysis, and looks forward to more advanced technological development based on this research project,” a company statement noted.

The windshield was developed by the carrier in collaboration with MOL Techno-Trade, Ouchi Ocean Consultant, Akishima Laboratory, and the University of Tokyo. 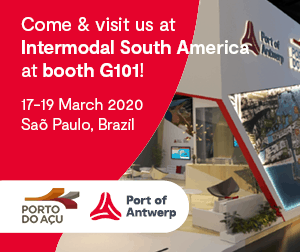